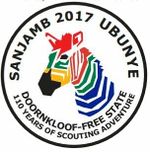 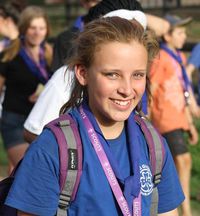 It was the first time in over 16 years that the Jamboree was held and hosted by Scouts South Africa. The previous one was in 2001 and was held at the Vaal dam. This year the event saw over 470 Scouts, Guides, Rangers and 140 adults participating in the 10-day camp. 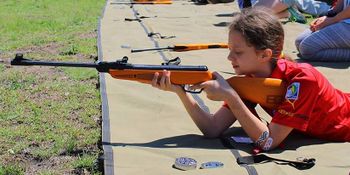 There was also a barn dance, movie nights and backwoods camping, among other things.

It was a hectic camp; the venue was incredible and with the weather ranging from thundershowers to mid-30 degree heat, it was absolutely worth it! 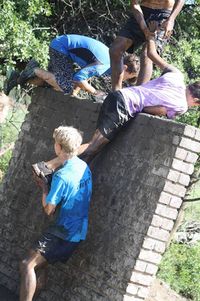 It's all about teamwork, well done Scouts

Well to say the least, it was SO not what I expected…..it was much, much more!

Being involved in Scouts for only 18 months, it was such a great experience to be part of the first SANJAMB in 16-odd years. The vibe from arriving on the 7th all the way to the end was simply awesome! 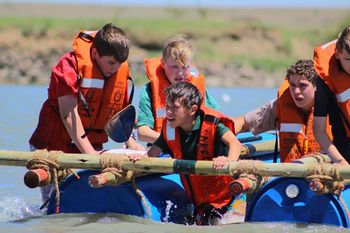 So much was not just learned from other scouters in terms of how they do thing back 'home', what works, what does not, but oh boy, the scouts taught me a thing or two.

Having been posted at what was regarded by all as the most challenging base at SANJAMB - the Barrel Course, I watched as scouts of all ages faced their fears of heights and closed spaces. Having to trust in their patrol members to catch them coming over those rolling barrels or down the 3-meter-high wall and hearing the Scouts reassuring them, "we got you, we got you!" was simply amazing.

Yes, there were a few that simply could not get over their fears, but every single one gave their best and that is what scouting is about: doing your best!

The sheer joy and jubilation on the faces of the scouts that did overcome their fears, was simply tear jerking! Yes, adults did shed tears!

The absolute highlight of SANJAMB for me was on day 6, after great encouragement and motivation, a scout, holding back tears, hands shaking, knees buckling, made it over the high obstacles and completed the barrel course. Hours later, he and his patrol walked past us again, heading back to camp, he peeled off, came up to me not saying a word, just hugged me and whispered "thank you" and walked off before I could say anything.

To all the scouts and scouters, those unseen, thank you for making SANJAMB 2017 such a memorable experience!