The Cape Times Cross Country Competition is an annual Scouting cross country race. In more recent years, the competition has been divided into two courses namely, a Junior and Senior course, thus allowing younger Scouts to compete as well. This Trophy is now also held in conjunction with the Quinn Trophy competition, but the two trophies are judged separately.

The History of the Cape Times Cross Country Race

This trophy was introduced in 1923 after being donated to Scouting by The Cape Times Newspaper, and from the extracts in our archives of the period, it was certainly a tough race for Scouts.

Here are some reports from the 1920's to give you an idea as to where it was run in the early days when traffic was not a problem.

This new trophy was up for competition this year for the first time on Saturday 1st September 1923. It was an eight mile (13km) relay race for teams of four Scouts under 18 years.

The Cape Times Cross Country Trophy was competed for during the July school holidays, the course being from the top of Queens Road, Sea Point, round a marker at Kloof Nek, and then to the Cape Times Building in St George's Street. It was a stiff run and was referred to by Dr Dommisse, later Divisional Commissioner, who said it was not harmful to a physically fit boy, but should be limited to over thirteens.

An interesting thought is whether this course could be run today, or whether it would become an obstacle race! It does not seem so long ago, but in 1924 few Cape Town streets were tarred. The result: First – 1st Green & Sea Point in 23 minutes; Second – 7th Cape Town; Third – 2nd Green & Sea Point. There were no casualties.

Please note that there were some years when this competition was not run as there was a Policy of every so often reducing the number of Divisional competitions to make time for District events. However, some competitions like this one were re-introduced either on its own or together with others as a 'Mixed Bag'. 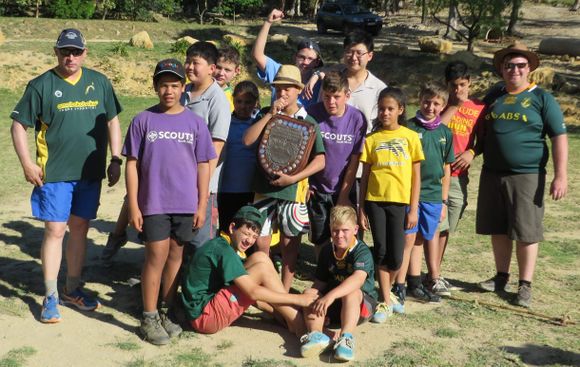