Semaphore is a substitution code where each letter is replaced by visual signals with hand-held flags, rods, disks, paddles, or occasionally bare or gloved hands. Information is encoded by the position of the flags.

Semaphores were adopted and widely used in the maritime world in the 19th century. It is still acceptable for emergency communication in daylight or using lighted wands instead of flags, at night. 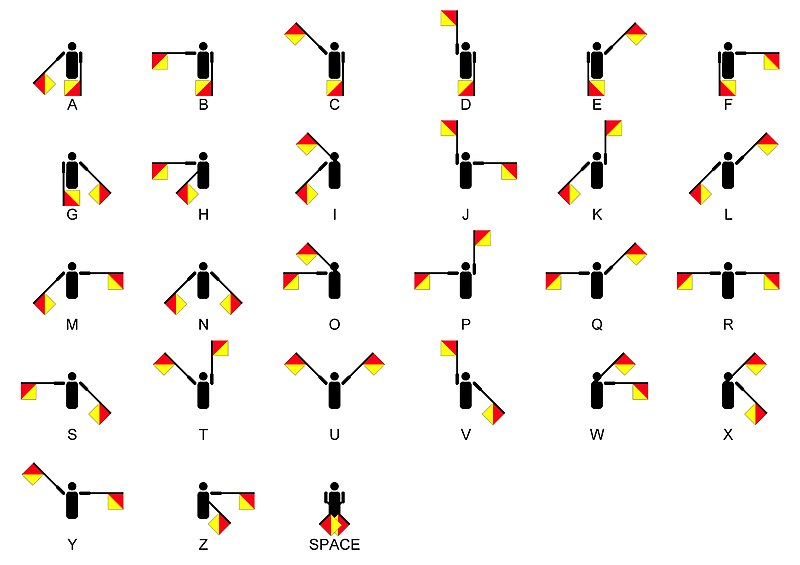