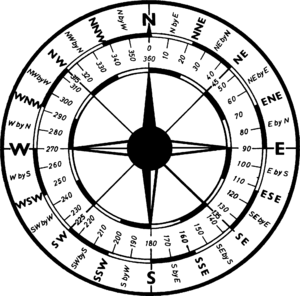 When the needle is aligned with and superimposed over the outlined orienting arrow on the bottom of the capsule, the degree figure on the compass ring at the direction-of-travel (DOT) indicator gives the magnetic bearing to the target (mountain).

The most common type of compass is the magnetic compass, which is used to determine the direction of magnetic north. A magnetic compass is made by placing a bit of magnetised iron or steel which is set in a low friction so that it is allowed to move freely. In most compasses, the north end of the metal piece is marked with red paint so that all directions may be determined.

It is the most affordable compass. The liquid filled compass rise on the rectangular base made of clear plastic. This compass includes a magnifying lens for map reading, luminous components for low light conditions and different scales for world wide use. This compass is fine for plotting purposes. 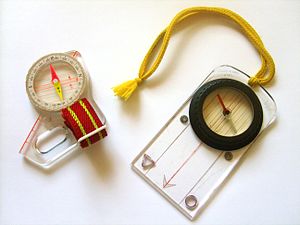 Thumb compass on left, base plate on the right

This compass attaches to the user's thumb allowing the user to hold both the map and the compass in one hand while travelling at speed by bike or by canoe. It is also known as competition compass.

Card compass or marine compass is commonly used in ships and boats. It uses a fixed needle, depending on the moving compass card for directional readings since the moving card absorbs much of the motion of the boat.

It is a sophisticated device designed for highly accurate navigation. The prism sighting arrangement allows the user to read the compass bearings while seeing distant objects.

It is a special type of compass developed in 19th century which determines the true north. A gyro compass is basically a very fast spinning wheel or ball which uses the law of conservation of angular momentum and the spinning of earth's axis to point towards the true north. The gyro compass is commonly used in large ships and in other circumstances where the accurate prediction of true north is needed.

This is another type of compass which can predict true north rather than magnetic north. This compass relies on the direction of celestial bodies to find true north, which is used in many circumstances, mainly in the far north and south poles where magnetic compass would become erratic and gyro compass stops working. The use of astrocompass in determining the exact direction of true north requires the accurate information of time, date, longitudinal and latitudinal location.

In this modern digital world, solid state compass are becoming more popular. These use many of the electronic magnetic sensors which would calculate the accurate direction the compass is pointing.

GPS compasses are rapidly replacing the use of other traditional compasses. However, most military and ships use the gyro compass or magnetic compass if GPS compass could not pick up enough satellite. GPS compasses make use of satellites in a geosynchronous orbit over the earth to distinguish the bearer's exact location and direction they are heading. Many hikers and drivers like this compass due to its relative reliability. 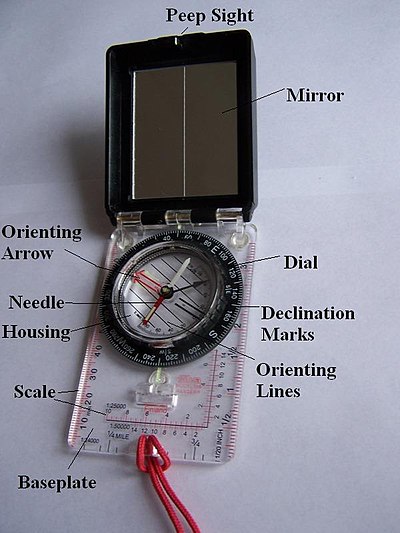