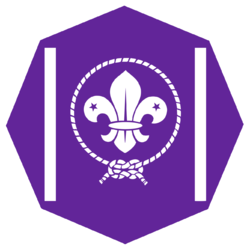 The Patrol Leader Training Unit (PLTU) is a comprehensive patrol leadership course run for young leaders in the Scout Movement.

The first in what was to become the Patrol Leader Training Unit Courses was run in July 1959 at Lexden Camp Site the Natal Gilwell Scout Training Camp. It was under the leadership of Dr Dudley Forde, with 19 Scouts from the 2nd Durban YMCA Scout Group in attendance. Courses were offered to boys from the same Group over the next five years until the 6th Course in October 1964 when it was opened to participants from the South Durban District.

From the very first PLTU course the role of the Quartermaster was introduced, as well as the reading of BP's last message to his Boy Scouts. Later courses saw the introduction of the commando course and the tradition of running and whistling across 'no man's land' and a tree has traditionally been planted by every course. Formal leadership training, using John Adair's Action Centred Leadership was first introduced in the 1970's.

The Lexden Unit is proud to have hosted and mentored those who went on to create PLTU Units in other centres in South Africa. It is a requirement that the Troop Leader has attended a PLTU course.

The motivation for starting PLTU was based on the recognition that the leaders of tomorrow will all emanate from the youth of today. Whilst the development of other leadership skills can still be effective at later stages, the development of values and attitudes is best achieved in the earlier years.

The course attempts to help individuals overcome any perceived limitations and stretch these limits far beyond any previous perceived boundaries. In helping individuals discover their true potential and setting them on the road to achieving this potential, PLTU stimulates a strong sense of self-worth, self-confidence and self-discipline.

The course is only the start of a much longer development process of self-awareness and self-improvement, but it remains the vital part which initiates the momentum to sustain the motivation over an extended period.

The Aim and Objectives of PLTU focus the efforts of the course on character development in each individual, including the development of physical, mental and spiritual qualities. The course participants and staff are selected from the broad spectrum of the community.

Every effort is made to ensure that the composition of each course reflects the composition of Scout Troops in the Area. An important criterion in the selection of candidates, is their potential to be able to take back the training and the values and pass these on to their fellow Scouts in their home Troops.

The intense course programme uses the Patrol System exclusively, providing a unique opportunity for each participant to work with and better understand their fellow South Africans from the broad spectrum of our community. The success of this "bridge-building" on past courses has been applauded, in going a long way towards breaking down barriers and prejudices.

It is unique from other youth training courses, in its comprehensive content, which includes:

All theory is followed up by practical application and exercises which reinforce the theory. The pace of the course is intense.

PLTU has become a vital part of Scouting. It has earned the reputation of being the best course, both within and outside the Scout Movement, on offer to our Scouts. The success of the past PLTU courses has been a great encouragement. The improvement in the individuals, as well as the improvements in their home Troops, have convinced us that the course is worthy of the investment it demands, both financially and in manpower. Feedback from Scouts, parents and Scouters has been unanimously positive.

Considering that the PLTU course is almost always oversubscribed, there is a ranking / rating system in place. Below is an explanation of the process which will explain why we ask for extra information on the PLTU application forms, and why this information is important.

It must be noted that PLTU is a unique course as far as scouting goes and it is a challenge award, not an interest badge. We attempt to be an aide to Scouters, in training their PLs, but we are not, and cannot be the only training in this regard!

Acceptance on PLTU is not on a first come, first served basis. We can only accept 40 scouts on the course due to time, equipment and staff constraints. Age plays an important role in acceptance as the participant needs to be mature enough to grasp adult concepts, but young enough to be able to put these into practice within their troops. Advancement levels imply competence in particular skills, thus allowing us to spend less time on basic scouting skill and to concentrate on other and more advanced skills. Being a PL means that scouts have some experience to draw on and are thus favoured in selection. For participants to have attended PLTC means that we are able to take a deeper dive into concepts, and not have to start from the beginning. As the skills learned on PLTU are by their nature spread to other scouts, we try and have as many different troops represented on each course within reason.

We only have 9 days with the scouts, and if each of them gets 1 full day to lead (and considering the first and last days as half days) we can accommodate 8 scouts in each patrol. We have equipment and can get enough staff (it's almost a 1:1 participant to staff ratio) to cater for 5 patrols, which means that we are only able to accept 40 scouts. By adding more, it will infringe on the learning experience of each participant. Making the course longer means that we need staff for longer and scouting already tends to take up a large portion of most staff's leave from work as it is.

We would like to see each participant take what they have learned, apply it, and pass it on to other scouts in their troop. However, they also need to be mature enough to listen to their peers criticism, suggestions and advice without taking it personally, and grasping some very adult leadership concepts. To this extent we favour applicants that are 16, will have opportunity to test and apply different ways of working, but are mature. Very rarely will be accept a participant over the age of 17 and a half (as they won't be able to apply what they have learned) or someone under 15 as they are rarely mature enough and would take more away from the course if they are a little older (and they have the opportunity to apply for the next course).

If a scout is already a Patrol Leader, they will have had some experience in a leadership position. This gives them some background to draw on when we have discussions. If they are currently a Patrol Second, they don't have as much to draw on, and if they are a patrol member they have even less to draw on. So, we favour applicants in that order (PL, APL, Patrol Member)

Prior to the establishment of the Eastern Cape's Gilcoast course, two separate courses that were run, one in East London at Gilwood and the other in Port Elizabeth at Gilsands.

Gilsands PLTU (Cape Midlands Division)
The first Gilsands course was held in Port Elizabeth in December 1981 under Bill Hodges who had also been travelling to Lexden with a number of aspirant local Scouters for course training. The 8th Gilsands Course was run by Brian Mc Gregor in July 1993. At that time the Unit Chairman was Jeff Ferreira, the current (2021) Adult Leader Trainer (East Cape South).

Merging and reorganisation
On 22 July 1994 Neville Wilson the Area Commissioner, Cape Border Division wrote to Jeff expressing the concern of the National Council of the Cape Eastern Area about running two PLTU units and he requested the two Unit Chairman to close both Units down. Quoting from Neville Wilson’s letter he said: - “I have asked Mr Bruce Maree to head the newly formed Cape Eastern Patrol Leaders Training Unit to come into effect on 1 October 1994.” Consequently, on 7 October 1994, the first unit meeting of the Gilcoast PLTU was held at Gilwood East London.

Gilcoast PLTU
The 1st Gilcoast PLTU Course was held from 4 – 14 January 1995 at Gilsands Campsite Port Elizabeth. The Course Director was Bruce Maree and the Deputy CD Craig Shaw from Lexden PLTU. The 4th Gilcoast Course was shifted to Gilwood East London as Gilsands had become dangerous as the CD Bruce on the 3rd Course had been fired upon and the Commando Course had been dismantled and equipment stolen. After the 7th Couse in East London, Gilwood also became dangerous with tents being raided etc, so the PLTU was shifted to Modderfontein, Graaff-Reinet.

After the 10th Couse in Graaff-Reinet a number of Port Elizabeth Scouters decided amongst themselves that holding the course in Graaff-Reinet did not suit their needs indicating that it was too far and no cell phone reception, etc. They then put together a course in Port Elizabeth at the Voortrekker Camp. Sadly, the course ended on an unsatisfactory note with several leaders leaving the course and that was the end of Gilcoast PLTU!